INVITATION TO BID
ITB21-001 2020 SEAWALL REPAIR – JASMIN PARK
Sealed proposals for the construction of 2020 Seawall Repair - Jasmin Park, addressed to the
City of New Port Richey, City Clerk’s Office, 5919 Main Street, New Port Richey, Florida 34652,
will be received at the City Clerk’s Office until 2:00 p.m., local time, on October 29, 2020. Any
Bids received after the specified time and date will not be considered. Bids shall be completed
on the enclosed Bid Form as set forth in the Instructions to Bidders and otherwise be in
compliance with the Bidding Documents.
A proposal opening will be held promptly at 2:00 p.m., local time, on October 30, 2020 in the
City of New Port Richey Council Chambers, City Hall, 5919 Main Street, New Port Richey,
Florida 34652, at which time the proposals will be publicly opened and read aloud.
The Project is located in the City of New Port Richey, Florida, at Jasmin Park north of Main
Street and River Road along the Pithlachascotee River.
The Work is generally described as furnishing all labor, materials, equipment, tools,
transportation, services and incidentals necessary to provide the Owner with the following
project elements:
 Installation of a new seawall of approximately 260 linear feet along the Pithlachascotee
River at Jasmin Park in New Port Richey, consisting of vinyl sheet pile, concrete facing,
and concrete wall cap.
 New sidewalks, concrete slabs, concrete ditches, and connections to existing seawalls.
 Demolition of the existing concrete seawall, tiebacks, and sidewalks.
 Miscellaneous site work and restoration of sod, trees, etc.
 All work shall be in accordance with the construction drawings, specifications, and
contract documents.
Drawings and specifications may be examined at the City of New Port Richey Public Works
Facility, 6132 Pine Hill Road, Port Richey, FL 34668. To assure that Bidders receive all
addenda and or clarifications to the Bid Documents in a timely manner, it is mandatory that all
bidders obtain at least one set of Bid Documents from the Engineer to be eligible to bid on this
project. A CD containing an electronic copy of the Bid Documents (.pdf format) may be
obtained from Stroud Engineering Consultants, Inc., 10503 Cyndee Lane, Odessa, FL 33556.
Call (352) 642-4412 or email Brent@StroudEngineering.com for further details to obtain a set of
Contract Documents.
Each bid must be submitted, in triplicate, on the prescribed Proposal forms and accompanied
by Bid security on the prescribed form, payable to the City of New Port Richey, in an amount
not less than 5 percent of the base bid amount.
The successful Bidder will be required to furnish the necessary additional bond(s) for the faithful
performance of the Contract, as prescribed in the Contract Documents.
All Bid Bonds, Contract Bonds, Insurance Contracts and Certificates of Insurance shall be
either executed by or countersigned by a licensed resident agent of the Surety or insurance
company having his place of business in the State of Florida. Further, the said Surety or
insurance company shall be duly licensed and qualified to do business in the State of Florida.
00100-1
INVITATION TO BID
In order to perform public work, the successful Bidder shall, as applicable, hold or obtain such
Contractors' and Business Licenses as required by state statues.
Before a Contract will be awarded for the work contemplated herein, the Owner will conduct
such investigations as is necessary to determine the performance record and ability of the
apparent low Bidder to perform the size and type of work specified under this Contract. Upon
request, the Bidder shall submit such information as deemed necessary by the Owner to
evaluate the Bidder’s qualifications.
The City of New Port Richey reserves the right to reject any or all bidder for any reason.
Including but not limited to, Owner believes that it would not be in the best interest of the
Project or The City to make an award to that Bidder, whether because the Bid is not responsive
or the Bidder is unqualified or of doubtful financial ability or fails to meet any other pertinent
standard or criteria established by Owner. This includes the City’s right to reject all Proposals or
any Proposal not conforming to the intent and purpose of the Contract Documents, and to
postpone award of the Contract for a period of time which shall not extend beyond 120 days
from the Proposal opening date.
Email all questions to Brent Heath with Stroud Engineering at brent@stroudengineering.com,
by 4:00 PM on October 15, 2020. A single response addressing all questions will be e-mailed to
all bidders of record by 4:00 PM on October 22, 2020.
For further information or clarification, contact Brent Heath, P.E. at the Engineer’s office (352-
642-4412) or Brent@StroudEngineering.com.
Dated this 27th day of September and 4th day of October, 2020.
CITY OF NEW PORT RICHEY, FLORIDA
By: Judy Meyers, CMC, City Clerk
00100-2
INVITATION TO BID
This is the opportunity summary page. You are currently viewing an overview of this opportunity and a preview of the attached documentation. For more information, please visit the Publication URL Web page.
Daily notification on new contract opportunities 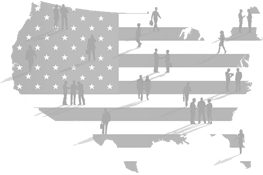 Design Services for the Orang...